In the developed method, an on-board camera fitted with an optical filter is used to capture images in front of the train and detect only the blinking light of obstruction warning signals by processing the captured images.
To enable the rapid distinction of obstruction warning signals from other red blinking lights such as traffic signals, the obstruction warning signal’s light-emitting pattern captured on the images is binarized to one of two values: 1 or 0. And the string of this repeated 1s or 0s is converted into a binary number.
By matching the values with data in a database containing the pre-registered light-emitting patterns of obstruction warning signals converted into numerals, higher-speed detection is possible compared with the method based on frequency analysis of the blinked period (Fig. 2).
A trial conducted on a test track at the Railway Technical Research Institute confirmed that we achieved a better than 85% accuracy in detection at a distance equivalent to 600 meters, and the detection time from the start of light emission was less than 1 second (Fig. 3).

We developed this method as a crucial element of front-monitoring technology using a camera.
Since it uses a camera to detect the blinking light, storing the information as a video is possible.
Furthermore, it is also applicable to other purposes. 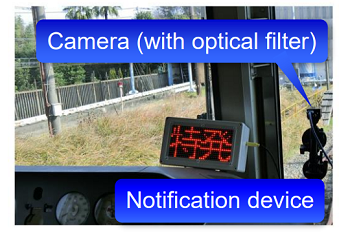 Fig.2 Algorithm to detect a blinking light from the video 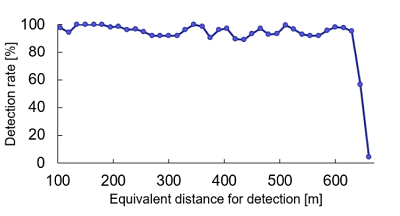