Slope protection work is often executed on an embankment as a measure against rainfall. However, the efficiency of slope protection work against earthquakes has not been ascertained yet, and therefore, was not considered at the time of antiseismic reinforcement design. 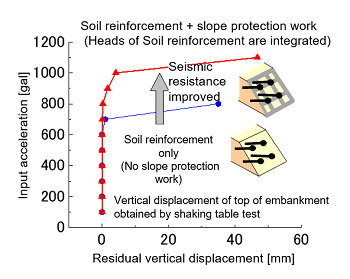 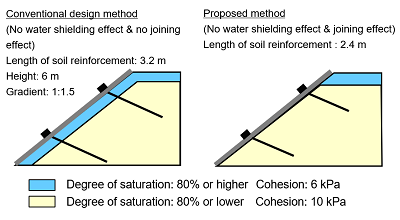