A new active bogie angle steering system has been developed, which not only reduces the lateral force in curved sections by controlling the bogie angle of vehicles, but also ensures the running stability in straight sections by acting as a yaw damper. Unlike the existing system, the present system does not require linking devices to be installed under the primary suspension, avoiding the problem of added weight to the bogie.

The developed steering system is composed of three parts: a steering controller which detects curves and generates the steering command, steering actuators that can be activated to act as yaw dampers to maintain the running stability if necessary, and a mechanical device which detects the bogie angle to prevent reverse steering and wrong steering on straight sections (Fig.1).

In simulation bogie rotational resistance tests conducted on a commercial railway line, it was demonstrated that the steering control system was able to reduce the yawing moment of the bogie by 77% (Fig. 2). The results of hunting stability tests confirmed that the new steering actuator was capable of maintaining the same level of running stability as the current yaw dampers. Trial running tests conducted on the RTRI test line on curves with a radius of 160m confirmed that the average lateral force can be reduced by 56% in curved sections (Fig. 3).

This system is suitable for express trains that are subject to very high lateral forces when running through sharp curves or when running speeds on curved sections are increased. The system can also be fitted to existing vehicles equipped with yaw dampers. 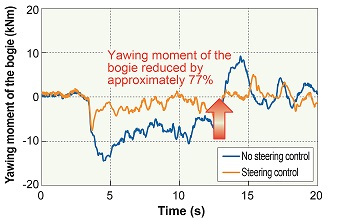 Fig. 2 Effective reduction in the yawing moment of the bogie demonstrated in bogie rotational resistance tests simulating on a curve section 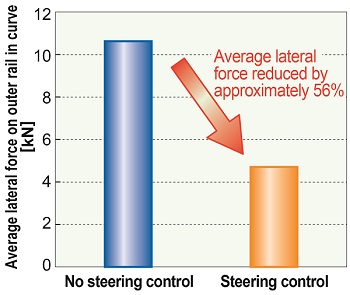 Fig. 3 Effective reduction in the average lateral force in the running tests at RTRI