Current collecting materials such as contact wires and pantograph contact strips are subject to wear due to various factors such as contact force, running speed and current. The effect of Joule heat by current has already been made clear, but the mechanical wear mechanism caused by sliding has not been fully clarified.

Furthermore, we constructed a numerical analysis model (Fig. 2) that could calculate the temperature rise at the contact point by inputting the frictional heat as heat flux to the contact area, and confirmed by simulation that the measured average temperature of the contact point was consistent with the analyzed value (Fig. 3). In the future, we plan to facilitate the technology development to reduce the maintenance cost of current collecting materials, by integrating this analysis with the analysis of temperature rise due to Joule heat that we have developed so far, to develop a method for predicting the wear mode that will occur in the actual field, and to propose measures to control wear by controlling the wear modes. 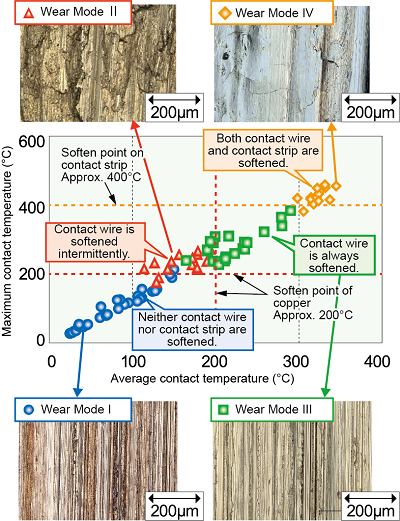 Fig. 1 Conditions for development of wear modes and wear surface on copper plate for each wear mode 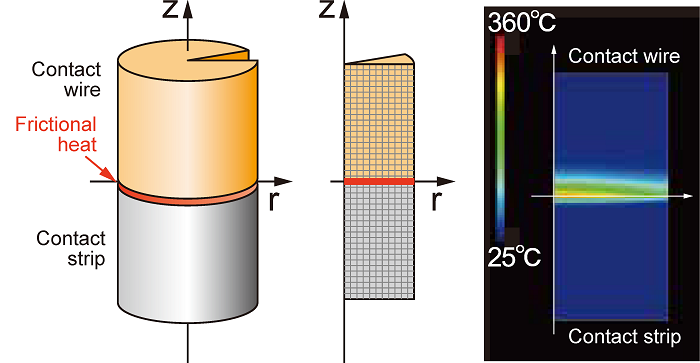 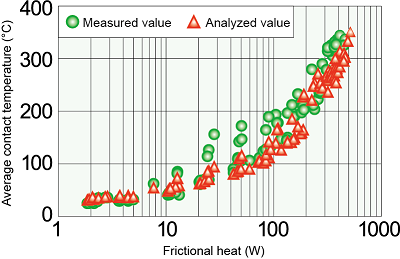