The introduction of clean energy fuel cells to trains is being eargerly awaited. In fuel cells a platinum catalyst causes oxygen and hydrogen to react, generating electricity. The catalyst however suffers wear, which can cause a fall in fuel cell output voltage and efficiency. Therefore, a ten-year continuous running test was conducted using a test train with a fuel cell (Fig. 1) to investigate output voltage and efficiency.
The experiment was carried out using a large capacity fuel cell, capable of propelling a train, which showed the same type of wear as smaller sized fuel cells, with a fall in output voltage of about 5% compared to initial values. Efficiency however remained at about 52%, and it was demonstrated that even over a long period, there was no significant decrease in fuel cell performance nor were there any notable driving failures (Fig. 2).
Based on fuel cell problem reports, assessments were made to establish the presence of unacceptable risks in the fuel cell due to age-related deterioration or an accidental defect.
This process made it possible to identify the areas requiring improvement, and made it possible to draft a set of new guidelines for a safer and more reliable new generation fuel cell (Table 1). 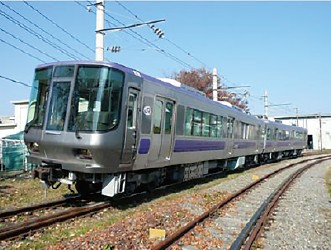 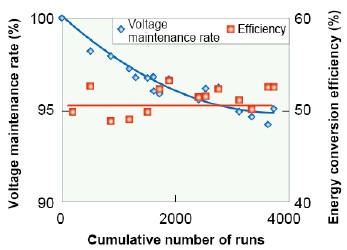 Fig 2 Change in fuel cell characteristics over the long term