16. The image analysis engine for around track to support train patrol

In order to comprehensively monitor the degradation condition of the railway tracks and changes in the wayside environment, large amount of patrol works are conducted on foot or from the train, therefore it is necessary to introduce a system to reduce the burden on persons for the works while ensuring safety. Aiming to support train patrol works, we have developed an analytical engine for images around railway tracks that can automatically detect objects and changes in the wayside environment that may interfere with running trains.

This analytical engine sets arbitrary spatial regions, such as a clearance gauge, on the 3D data constructed from images taken by a stereo camera installed at the front of the train, and diagnoses the presence of objects existing inside the region. In doing so, by estimating the alignment from the rails in the image, it is possible to set up a spatial region corresponding to the shape of curved line (Fig. 1). With the difference detection technique to automatically link the images taken at two different times along the same section and detect the differences between the two images, it is possible to detect the appearance or disappearance of objects on the wayside as well as changes in position and shape (Fig. 2).

By automatically extracting areas that require attention with this analytical engine, during train patrol services conducted by persons in charge accompanied on the train, it is possible to not only make diagnosis without depending on the skill level of the person in charge and reduce the number of oversights, but also reduce the frequency of train patrols by persons in charge. A part of this analytical engine (confirmation of interference in clearance gauge) has been introduced into the train patrol support system of JR Kyushu, and has been in operation since April 2020. 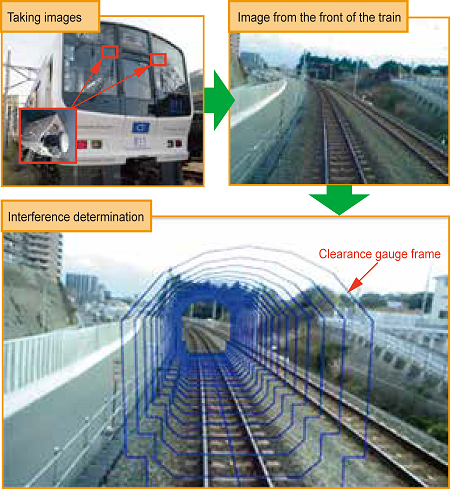 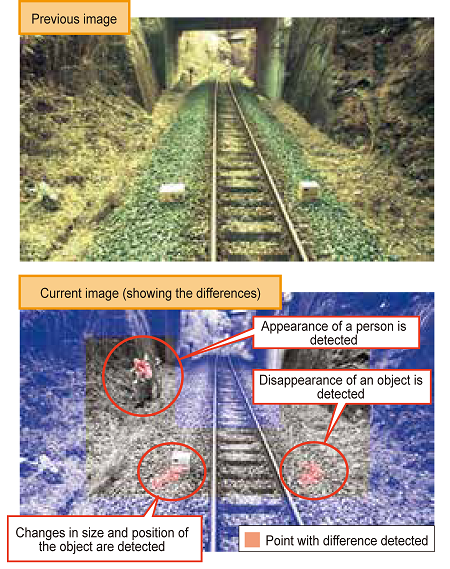