The high speed vehicles that are the trademark of Shinkansen lines use disc braking. This type of braking method involves the brake pad being pressed onto the brake disc generating frictional force. Consequently, the faster the speed, the greater the heat produced by this rubbing, which in some cases leads to lower braking performance. Observations made of the disc in this mechanism using a thermal-camera show that the spots where heat is generated constantly vary over time. However, there is no insight, including from other industries, about the mechanisms underlying the dynamic deformation of discs, which is another factor thought to contribute to lower performance. This lack of knowledge is one of the obstacles to making progress in brake device assembly research and development (discs, pads, calipers).

The method described here was therefore proposed to measure the dynamic deformation of the brake disc in operation using a vibration-absorbing table and electrostatic capacitance type sensors capable of measuring displacement without contact (Fig. 1).

The proposed measurement method will be useful not only for design verification of the shape and mechanical structure of brake pads and discs, but may also contribute to clarifying frictional mechanisms and evaluating braking noise. 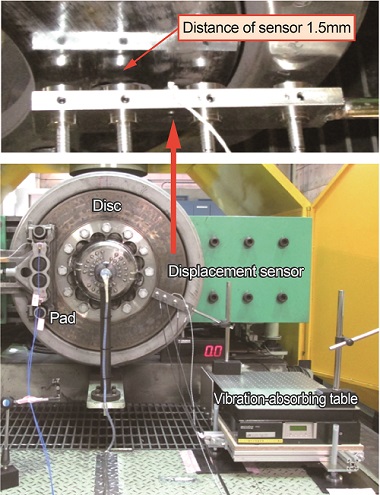 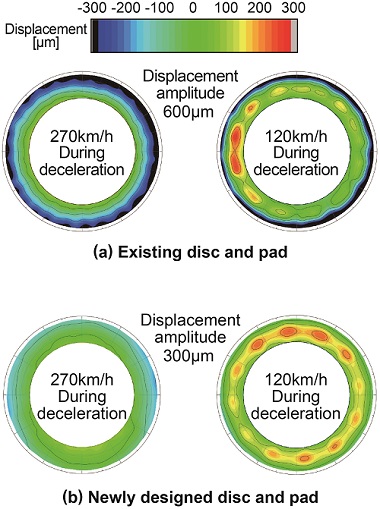