8. Development of a deterrent sound to prevent Deer-Train Collisions

Growing deer populations and expanding deer habitats have led to an increase in deer-train collisions. Railway companies have implemented various countermeasures for this, for example fences to keep deer out or deer repellents. These measures were effective to some extent, however they did not ultimately reduce collision numbers significantly. A deterrent sound was therefore designed as a new solution to add to existing measures, which would deter deer from being around the track, and an application to have this sound emitted from trains as a method for avoiding deer-train collisions was proposed.

It is known that deer emit an “alarm call” to signal a danger to other deer. We confirmed that deer paid attention to the direction from which an alarm call came from when we sound alarm call artificially. It is also known that deer avoid dogs, therefore, the deterrent sound was designed with the sound of alarm call and a sound of a dog howl (Fig.1).

The deterrent sound is based on the premise that the first alarm call will alert the deer, while the following howling sound will deter the deer from the track. In order to emit this sound from a train, previous deer-train collisions were mapped out using a geographical information system (GIS) based on actual collision data (Fig. 2) while taking into account features such as vegetation and landscape topography, in order to propose an accompanying method to select areas where the sound should be emitted.

The deterrent effect of the developed sound was evaluated during peak collision periods, i.e. at night time during the winter (Fig. 3), where the deterrent sound was emitted from the front of the train in the pre-selected areas based on the deer-train collision map. The trials proved successful and reduced the frequency of deer observations by 45% (Fig. 4). By inferring that deer were frightened away from the track because of the deterrent sound emitted by approaching trains, these trials confirmed the effectiveness of this new measure. 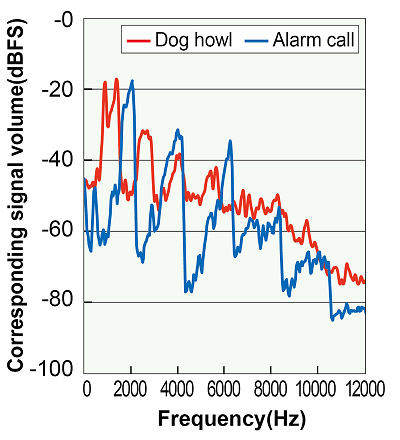 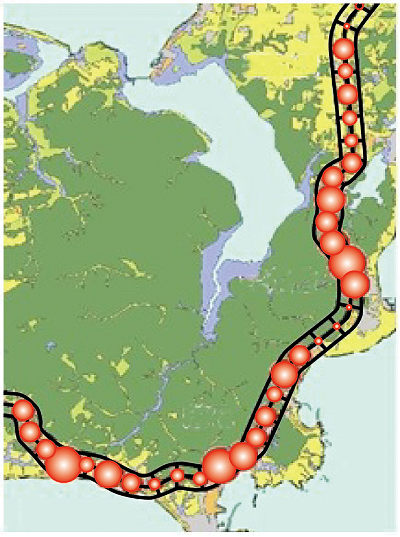 Fig. 2 Train-deer collision map (the diameter of the ● associates with number of collisions) 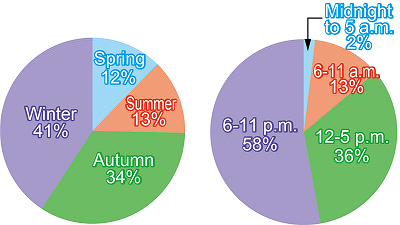 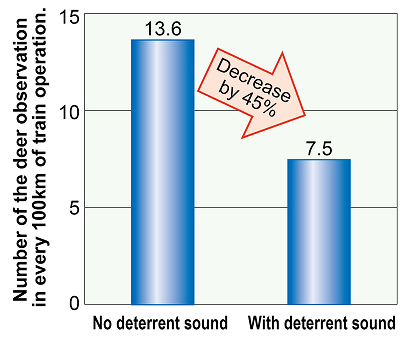 Fig. 4 Decrease in the number of the deer observation by virtue of emitting the deterrent sound