Solid-bed track with resilient sleepers (STR) is one of ballastless track in which the sleeper with under sleeper pads is supported directly by the concrete trackbed. STR not only reduces maintenance work, it also contributes to reducing structure borne noise and ground vibrations, and improves the surrounding environment. STR has already been widely constructed in urban areas, mainly on viaducts. However, there have been demands to increase construction speed and reduce costs.

For that purpose, in the new S-type STR, by introducing protrusions (shear-key) were added on each side of the sleepers to resist lateral loads, and the concrete trackbed was narrowed, cutting building costs (Fig.1). Installation of the concrete form work in this new STR is also easier, and use of short fiber reinforced concrete, removes the need for reinforcement bars. Full scale loading tests and non-linear FEM analyses were carried out to validate this structural design, and results confirmed that the proposed new track structure had sufficient performance to support train loads (Fig.2).

S-type STR was applied in practice by a railway company (Fig. 3) confirming that compared to existing STR(D-type), the concrete trackbed for S-type STR could be built at 60% lower cost, thereby reducing the overall track construction costs by 20%. 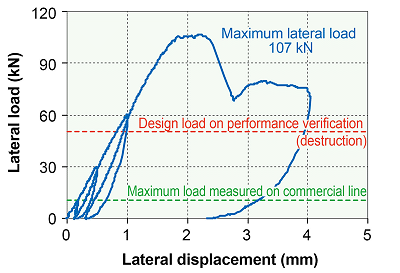 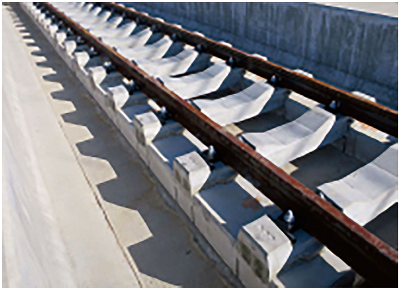