The water content inside an actual embankment affected by rainfall was therefore measured over a long period of time. These measurements confirmed the unsaturated state of parts of the embankment and that it was possible to reproduce the behavior of the embankment through seepage analysis (Fig. 1).

Strength tests on unsaturated embankment material demonstrated that cohesion was greater than when the embankment was saturated (Fig. 2).

A design method for antiseismic reinforcement considering the unsaturated condition of an embankment was proposed on the basis of this outcome, and a manual was produced setting out the prerequisite conditions, surveying methods and laboratory test and design methods.

Subsequently the proposed method was compared with the existing evaluation method. The outcome showed that the required soil nails could be shortened, reducing the whole cost of work by approximately 20% compared to designs based on the existing method (Fig. 3).

Fig. 1 Distribution of saturation level inside a railway embankment after rain 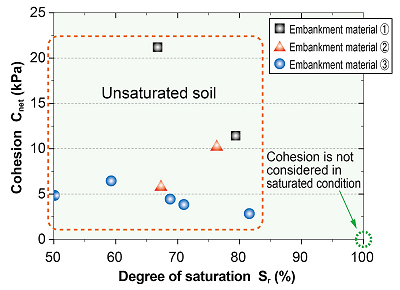 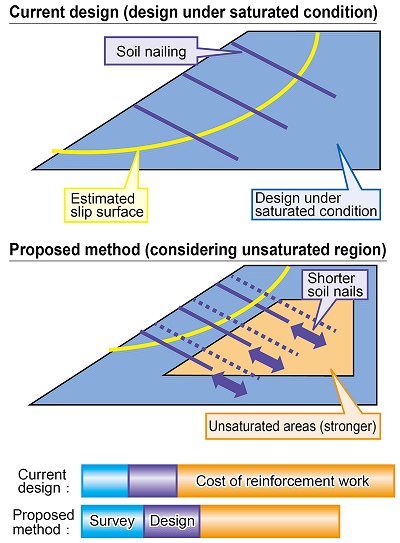