In order to understand the damping characteristics of structures for which little observation data is available, vibration measurements were carried out on 136 actual structures. An estimation formula was derived from observed data as a function of the natural period ratio of the structure to the ground (Fig.1). In the case of tall structures built on stiff ground (Fig.2), whose damping ratio was practically assumed to be 5% in the seismic design standard, the accuracy of estimated damping was increased by approximately 50%. In addition, a simple nomograph was proposed to estimate whether a given structure was likely to vibrate significantly or not, due to poor damping (Fig.3). This figure was composed on the basis of response analyses, assuming various structural and ground conditions while using actual damping measurements (Fig.1). The key feature of this method is that it requires data which is easily obtained from design documents and drawings such as height of structure and ground condition, which means that large scale measurements or surveys are not necessary.
A nomograph was also been proposed for estimating the supplemental damping needed for a structure to meet requirements in the "Design Standards for Railway Structures: Displacement Limits" (Fig.4). This nomograph can be employed in the seismic retrofit design of structures with poor damping performance. 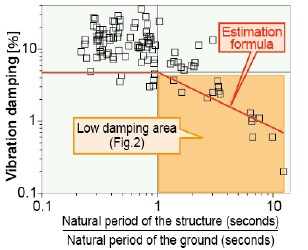 Fig.1 Nomograph estimating the damping performance based on actual measurements 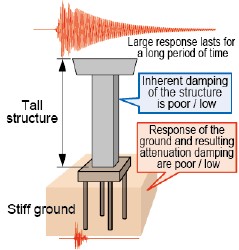 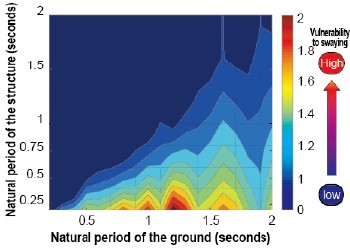 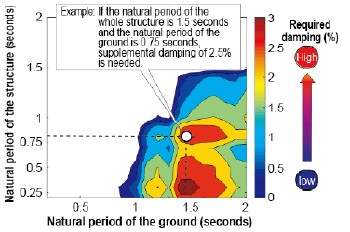