5. Management of snowmelt for landslide prevention

On slopes adjacent to railway lines covered with thick snow, runoff from melting snow seeps into the ground and can sometimes cause landslides. Current operating rules only have provisions based on rainfall volumes and do not offer a means to predict critical periods or locations vulnerable to landslide disasters, which is a problem. As such, a safety evaluation method has been developed based on the volume of runoff from snow, which is the main cause of landslides during the snowmelt period, along with a survey method which then identifies vulnerable locations.
There is a close correlation between slopes becoming unstable and water saturation of the ground. Consequently, using temperature and other meteorological data from the met office, a model was designed to estimate the amount of runoff seeping into the ground from melting snow. The volume of runoff from melting snow is converted into a suitable indicator to show water saturation of the ground (hereafter "effective snowmelt volume") and when this effective snowmelt volume indicator exceeds a set alert threshold, this means that the slope in question has reached critical instability. Fig. 1 shows a typical example of slope inspection using this method. The alert threshold value is set according to maximum snowmelt runoff volumes based on past data.
Data from previous landslides was then collected to identify which ground conditions made a slope particularly vulnerable to this kind of disaster. Following this, a survey was conducted of the ground conditions where landslides have occurred in the past. Then, using topographical conditions and ground conditions, a method was developed to quantitatively assess the safety of slopes. By applying these processes, it should be possible to identify critically vulnerable landslide prone spots during snow melting periods (Fig. 2). 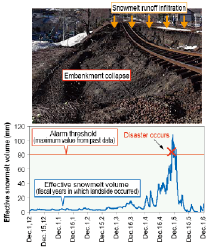 Fig.1 An example of an inspection of an earth-bank slope in critical condition. 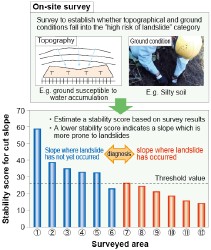 Fig.2 Example of excavation of a critical area on a slope after applying the survey procedure.