6. Algorithm to estimate strong wind locations due to such as gusts.

Gusts such as downbursts, gust fronts and tornados can affect zones covering several hundred meters to several kilometers in area. The anemometers used for train operation control however are spaced at 20 km intervals, on average, which means there is a possibility that they will not accurately detect these gusts. Consequently, an algorithm was created to predict locations likely to be affected by strong wind at ground level on the basis of wind and rain-cloud conditions in the upper air, from data collected from meteorological radars and the results of numerical calculations.

The first step in the algorithm detects areas (gust area in the upper air) of divergence, convergence, and strong vorticities formed by air streams that appear noticeably, by using the wind speed difference between two adjoining points obtained from wind velocity information observed by meteorological radars (XRAIN). After detecting their area, direction and speed of gust areas in the upper air, an estimation is made of strong wind locations at ground level due to these gusts. The relational expression between the wind speeds of gust areas in the upper air and at ground level for each altitude was set on the basis of difference in wind speed per unit of distance at different altitudes (Fig. 2), based on the results of numerical calculations for previous gust cases. In Figure 2, the warmer color indicates the larger localized wind speed difference. The algorithm can be used to predict strong wind areas up to 10 minutes ahead, at 5 minute intervals.

As such, this algorithm can be applied as a support tool for safer and more prompt train operation management for preventing natural disasters due to localized and short-term phenomena such as gusts. 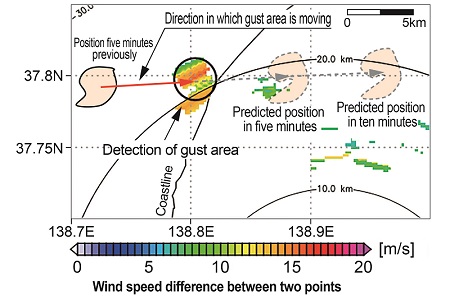 Fig. 1 Detection of gust area in the upper air from meteorological radar readings 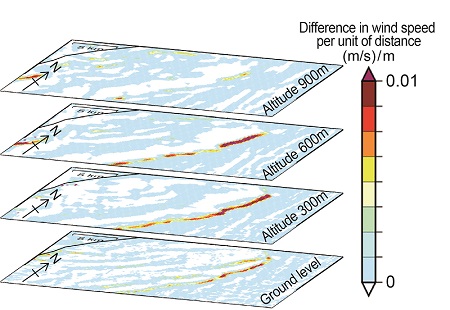 Fig. 2 Example of wind speed difference between two points about 1 km apart at each altitude whilst gusts are blowing