Results showed that the lower the temperature of the gear oil, the greater the reduction in endplay immediately after the rotation start of the shaft. In addition, the difference between measured and calculated endplay was 0.02 mm at most, confirming that the tendency of their variations were almost the same (Fig. 2).

From these results, it can be concluded that assembly methods capable of not reducing the endplay to near 0 mm during the shaft rotation, and structures capable of eliminating the adjustment of the endplay, were found to be effective in preventing pinion bearing seizure. 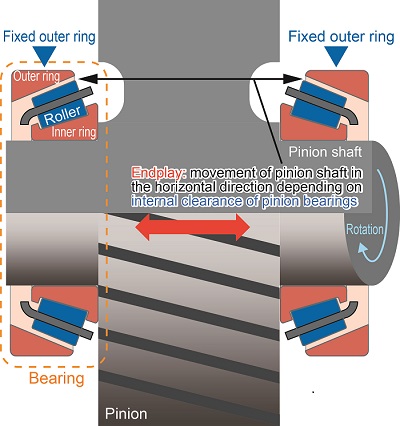 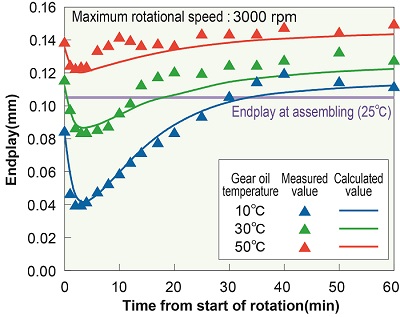