Current train control systems designed for regional railways includes electronic blocking systems, and train control systems using area-specific radio communications developed by RTRI, which both still require track circuits and wayside signaling equipment. In the proposed newly developed system, the train position recognized by the onboard system is transmitted by radio to a central management device, which determines the section within which the train can operate and transmits this information back to the train, which does not require track circuits and wayside signaling equipment. The train position in the developed system is recognized using the ATS-Dx function of the onboard database, developed by RTRI.

Wayside equipment is composed of ATS ground coils for absolute position detection, radio devices, and the station control terminal which interfaces with points machines and level crossing equipment (Fig. 1). Within station premises, a generic 5.6GHz wireless LAN is used which does not require a radio station license and has the advantage of providing track-train radio communication by IP telephone connection, even for sections not equipped with train radio. The bandwidth of control information to be transmitted is sufficiently small for wireless networks to function, therefore, if the radio is adequately designed, it is possible to ensure stability.

The specifications of the system were defined and based on these findings and tests were conducted with a prototype system to check basic functions such as block control, control of passing and turning at stations, voice communication and emergency response. It was confirmed that even when the radio was unstable, safety was ensured. In the future, tests on commercial lines are to be conducted. 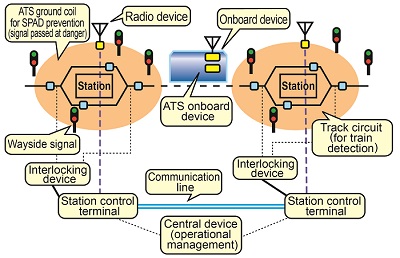 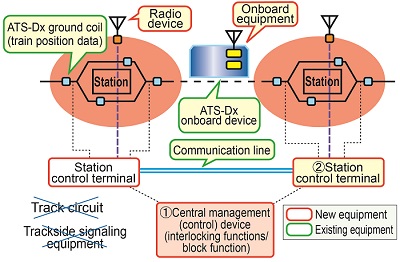 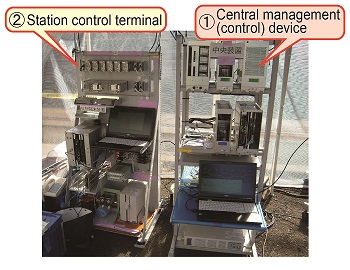