In response to the commonly occurring Alkali-silica reaction (ASR) deterioration to concrete, RTRI developed a protective lithium (Li+) type zeolite material based on a compound using zeolite and lithium ion (Li+), known for their effectiveness against ASR, which is now used in practice. The issue with this compound is that the ingredient Lithium is expensive, limiting possible cost reduction of the product.

Investigations were therefore made with geopolymer which has the same properties as zeolite and combines easily with hydrogen ions (H+), focusing on cheap industrial by-product and mineral admixture geopolymer technology, and developing a hydrogen-ion geopolymer synthesizing method which uses materials that are 1/5 to 1/10 the cost of the existing lithium-ion zeolite combination.

In tests with a mortar to reproduce grout injection into cracks, a cement paste containing the developed Hydrogen-ion geopolymer was injected into holes (Fig. 1) and the expansion rate was measured. Results showed that even though the developed Hydrogen-ion geopolymer contained materials the cost of which was less than 20%, it was just as effective in suppressing expansion as the Lithium-ion zeolite (Fig. 2).

The target now is to develop the new grout for crack injection to suppress ASR, for practical use within three years, which should contribute to improving concrete structure maintenance. 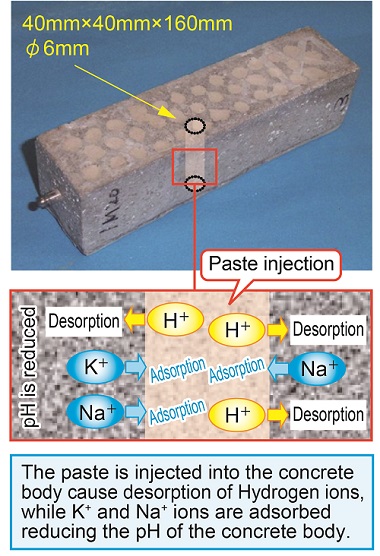 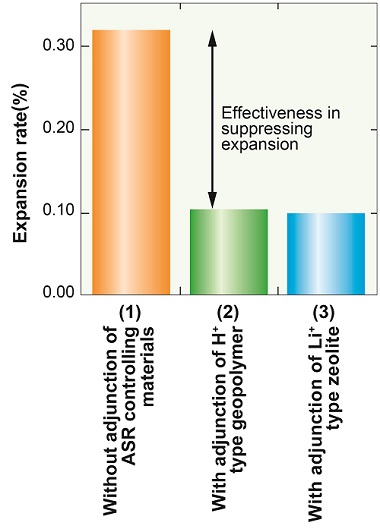 Fig. 2 Effectiveness in suppressing expansion due to ASR