In the current braking system, the deceleration effect is not constant even with the same brake command due to weather conditions and functioning conditions of regenerative brake, etc. So, the driver or the train automatic stop control (TASC) adjusts the brake command to compensate for the variation in deceleration effect and ensure the accuracy of the stop position. In response to this, we have developed a control method that automatically updates the brake commands, aiming to develop a braking system that itself can detect the variation in the deceleration effect to improve the accuracy of the stop position, without relying on the driver's operation or external devices.

For the developed control method, a new control device is added to the existing brake control system, and when this device receives a brake command or the data of distance to the stop position, it updates the control brake command based on the speed fed back from the train and gives it to the system (Fig. 1). This allows the deceleration of the train to follow the target value calculated from the remaining distance to the stop position, and if the braking force is insufficient, the control brake command is updated sequentially (Fig. 2).

As a result of tests including forcibly reducing the braking force while the train was running on the test line within the RTRI, we confirmed that the developed control method was able to control the extension of the braking distance and maintain the accuracy of the stop position even when the braking force was suddenly reduced (Fig. 3).

By adding this method to an existing brake control system, it is possible to assist the driver's operation to improve the accuracy of train stop position. It can also be utilized for automatic train operation to be realized in the future. 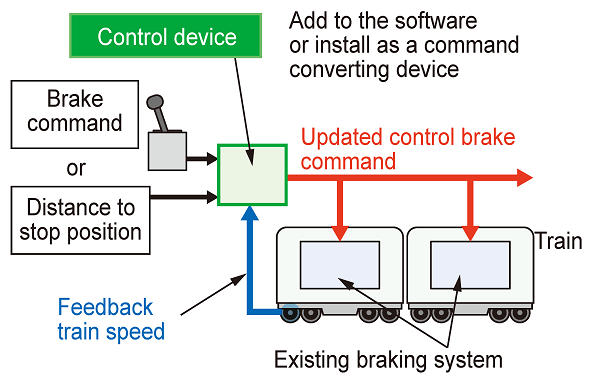 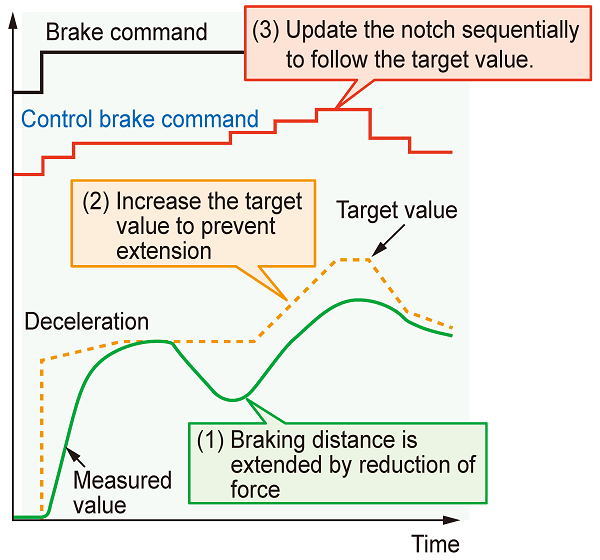 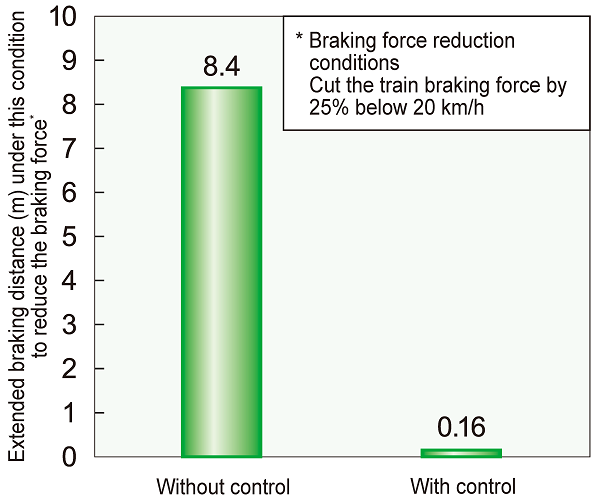